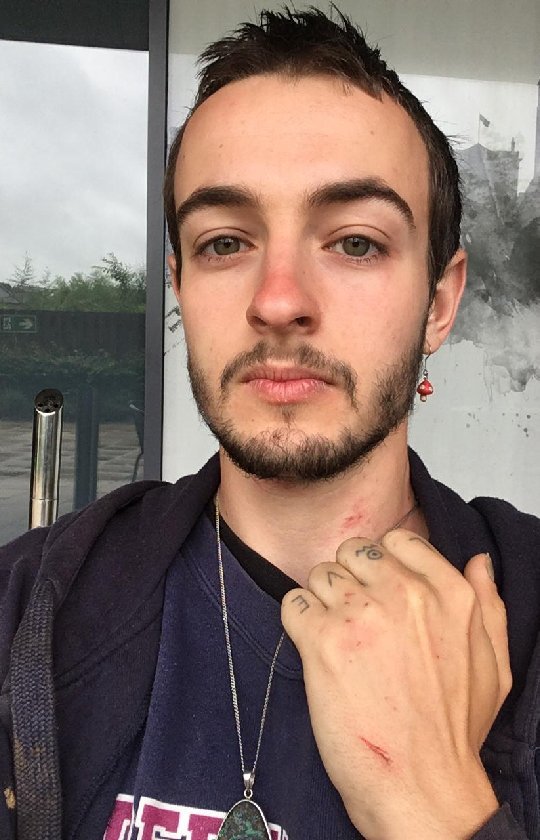 A few months ago Wirral Council contacted me to tell me that the site where boats had been kept for a hundred years was being turned into a car park, and I had a few weeks to move my boat or it would be destroyed and I would be charged for the costs. After much wrangling I found a farmer in York (where I live) willing to take it onto his field for £100 a month, but the day before it was due to move and the day before baillifs were coming to remove the boat he told me his wife had put her foot down and he couldn’t take it. I’d already paid a guy to tow it to York, so I was naturally in a pickle.

Then I remembered the 2.2 acres of brownfield land in the centre of town, the site of the Old Barbican swimming pool that was demolished and sold off to developers Persimmon Homes, who then sat on the site for 15 years and now want to sell it for £20 million to build 200 student houses (a huge problem in a city already starved of social housing). The gate had been hanging wide open for 2 weeks and I saw my opportunity to do what I’d always wanted to do: support the natural rewilding process and plant a community food forest, a community allotment, a community pay-as-you-feel food waste cafe, a community library, a community compost site, a community music and arts venue, a community People’s Assembly - you get the idea!

We moved onto the site last Saturday and began litter picking, cleaning up needles, broken glass, and tents from an old encampment. We put up a banner and Declared the site the Barbican Community Centre: the land now belongs to the People of York by adverse possession. The response, particularly after a local radio interview, was overwhelmingly positive. We had struck a nerve, as compared to the usual ‘get a job’ ‘shoot the unwashed scum’ comments that accompany any protest action in the York media, we were inundated by donations of food, money, and labour to clean up the site. Within a week we had built a shed, a gazebo, raised beds, and were laying foundations for our castle on the hill. Local bricklayers, joiners, and gardeners had joined in the work, and yesterday three people moved on site. Last night was beautiful: we played guitar and sang sea shanties round a fire and dreamed of all the good the Barbican Community Centre could do, how access to land freed us from the limitations of Capitalism and presented boundless potential for direct democracy, mutual aid, and Solidarity.

This morning at 6:30am bailiffs smashed the door in of my boat, screaming at us to leave and refusing to identify themselves or what company they worked for. They grabbed me by the throat, tried to smash my phone as I filmed them, and threw me out of my boat 2 meters high to land on my back. They evicted us from the site whilst police watched, laughing and joking with them. They wore only black and had actually taped over their licence plates, which is highly illegal. I can only describe them as a Fascist paramilitary, colluding with the state to illegally evict us by intimidation and violence.

The eviction was undoubtedly illegal, and we are taking the company Court Enforcement Specialists Limited to court as well as Persimmon Homes, seeking a Compulsory Purchase Order from the council. Our MP Rachael Maskell has shown support, as well as local ward councillors and residents. Tomorrow we are protesting outside the site at 1pm.

I am exhausted after spending all day in A&E waiting to have my throat examined with internal cameras because of the bruising on my neck. Our experience has been both beautiful and horrific, and I wanted to share it with you. Our dream of creating a safe space for anyone to live in in a tent or a van whilst growing food for the community is stronger than ever and we have forged life long and invaluable allies. We will not give up, because the Barbican Community Centre belongs to the People of York, and it cannot be taken back from us. We are Citizens of Earth, the planet is our home, and it belongs to nobody.

I’m going to share our Facebook and Instagram links, as well as the link to our gofundme. Please get in touch if this is something that you dream of too. Let us collaborate and plot, and come back stronger than ever (with proper solid locks on our doors and lock-on tubes in our hearts)!

In spite of the creeping fascism we are witness to, Global Democracy will win out in the end. Even in the face of violence, we choose Peace and Love.